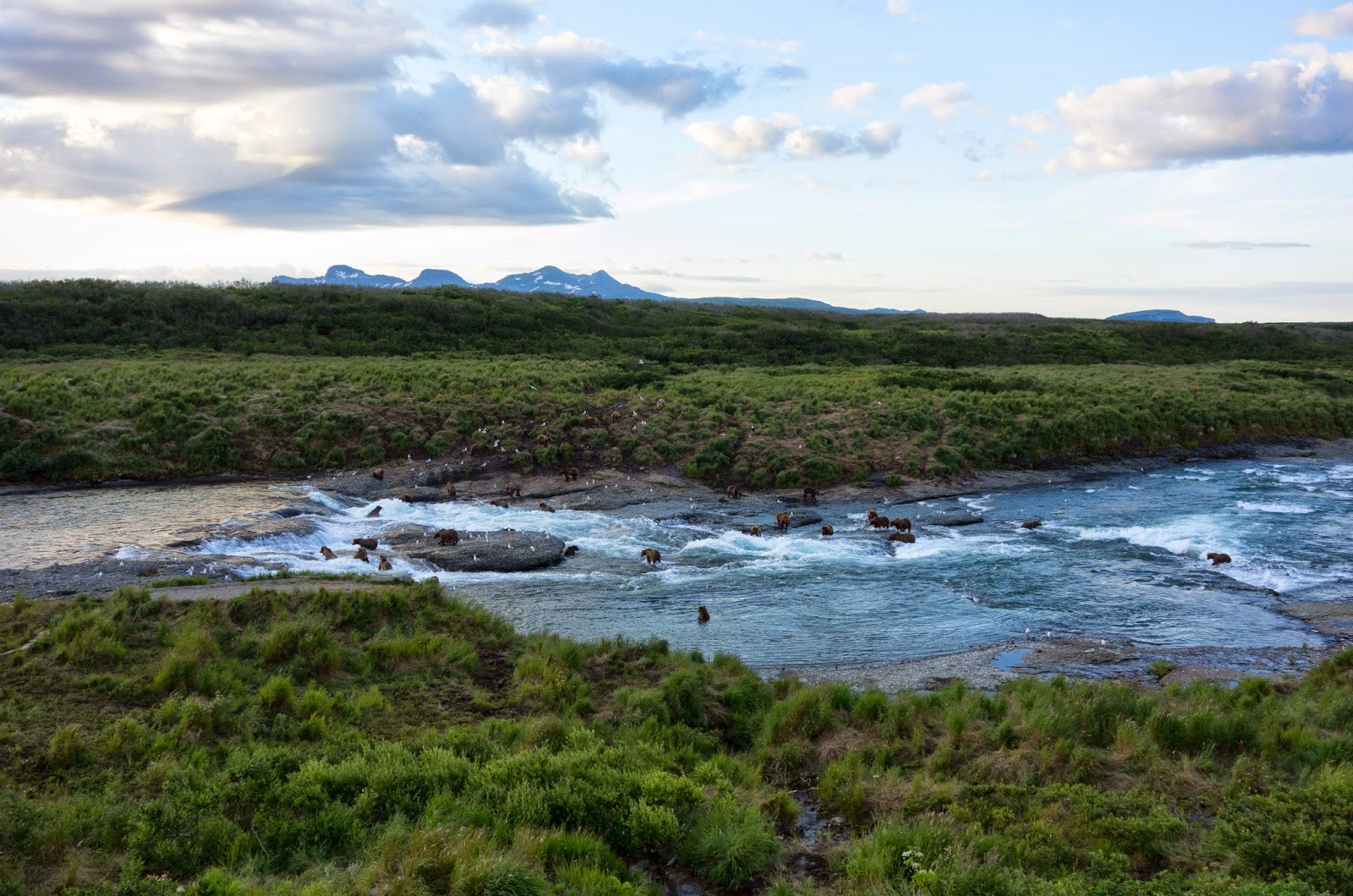 This year saw the fulfilment of a long-held dream when I obtained a permit to visit the remote sanctuary at McNeil River, on the Alaska Peninsula. I’d entered the Alaska State lottery for several years, and finally won a four day time block at the very peak of the season. It is widely regarded as one of the world’s great wildlife viewing experiences, the site of one of the largest congregations of brown bears. Furthermore, years of careful management has ensured that the bears at McNeil have a neutral approach to people, often choosing to approach visitors closely. Whilst bear numbers were diminished somewhat by a high water event just before I arrived, at the peak at 10pm on 15th July,  45 bears were counted at one time at the falls. This is an unbelievably awe inspiring spectacle, one that I felt so privileged to witness. Normally when photographing wildlife, the advice is to bring the longest telephoto lens you have, but here I regretted leaving my ultra wide angle lens in England. 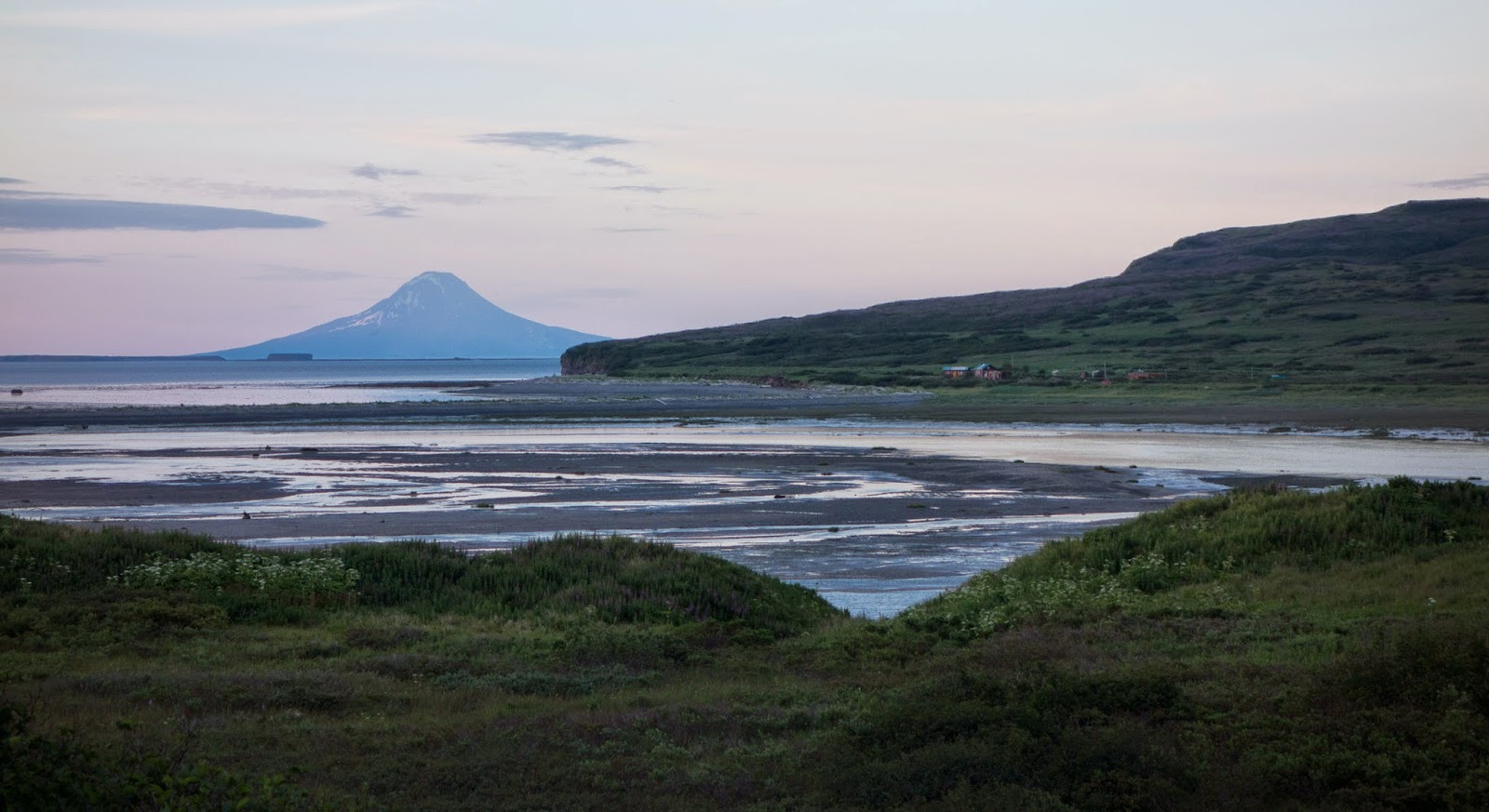 It isn’t inexpensive to get to McNeil, but this very isolation is what makes this wilderness experience so magical, and also helps to ensure that viewing has the lowest possible impact upon the bear population. It’s reached by taking a floatplane from Homer, a community literally at the end of the road on the Kenai Peninsula. The plane can land only once a day at high tide, and if visibility is poor, flights in and out can be delayed. It’s necessary to bring a tent and camping equipment, although there is a cook shack to ensure that bears are not attracted into camp. I was lucky to have fine weather on all but my first day’s viewing, so the scenery’s rugged beauty was fully evident. In July, during the salmon run, all of the viewing is at the falls, and the day is spent seated (to minimise impact on the bears) on one of two gravel pads overlooking the river. At all times, the group of ten people is guided by the knowledgeable and dedicated rangers. Happily, my visit coincided with that of a film crew from National Geographic who were filming a documentary. This meant it was possible for me to stay at the falls with them until late into the long Alaskan summer evenings, when the light was at its most attractive and bear activity reached its peak. 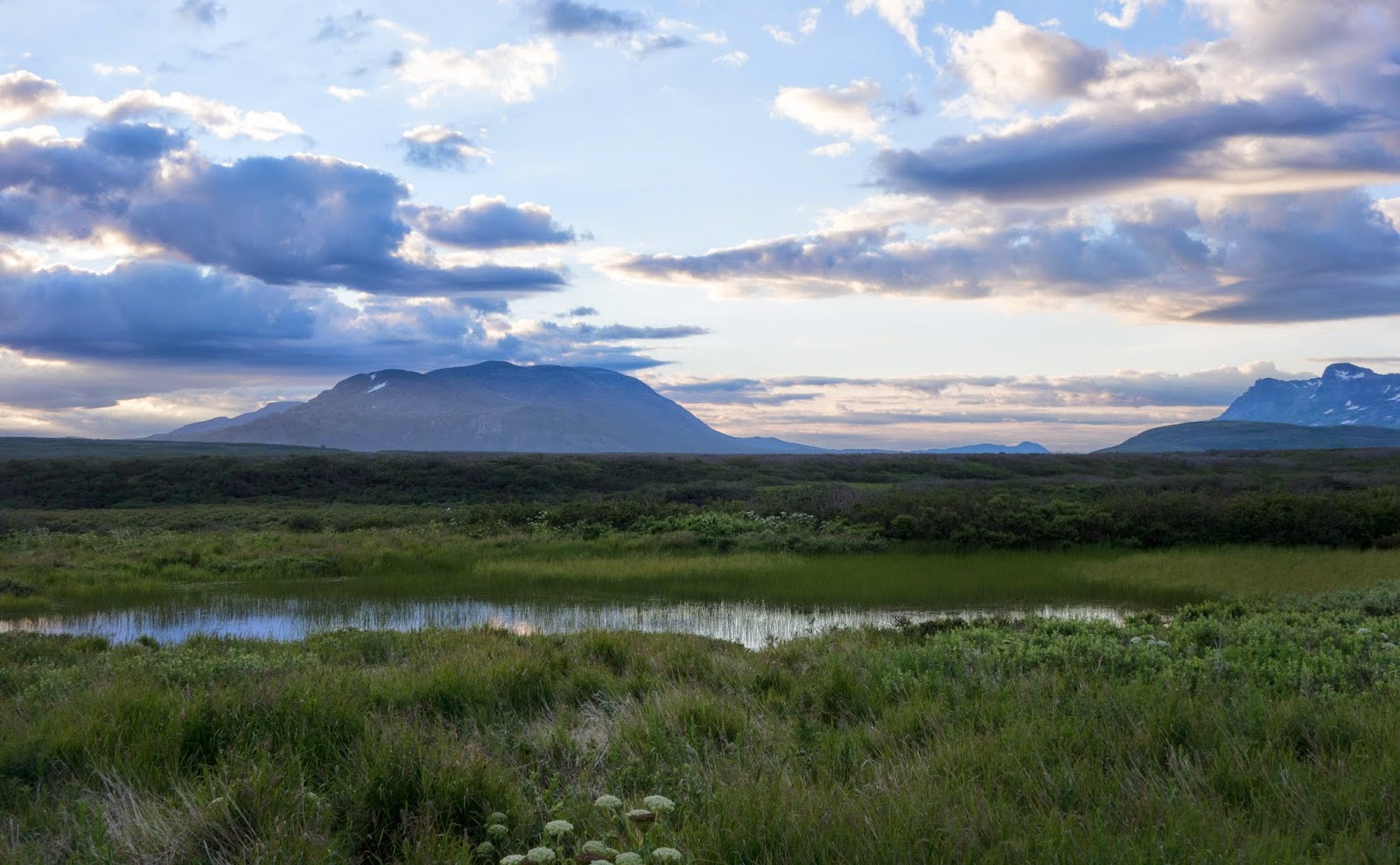 As I write this, it’s uncertain whether I will have the resources to visit McNeil again, even if I'm successful in the lottery (two thirds of the permits are reserved for Alaskans). Yet, now I've experienced it, my desire to return is even stronger than the one to travel there in the first place. It’s undoubtedly one of the most intense and moving experiences of my life, and a dream for any photographer or lover of bears, let alone someone like me who is obsessed with both. I’m eager to see McNeil in June, before the congregation at the falls, when visitors hike across Mitfik Creek to see these magnificent creatures intimately amidst the lush meadows. More importantly, the future of the sanctuary is under threat; I will post more about this in a epilogue, but in the mean time you can read about the review of the McNeil Management Plan here. If you feel inspired to apply for a permit yourself, head to this page for details. 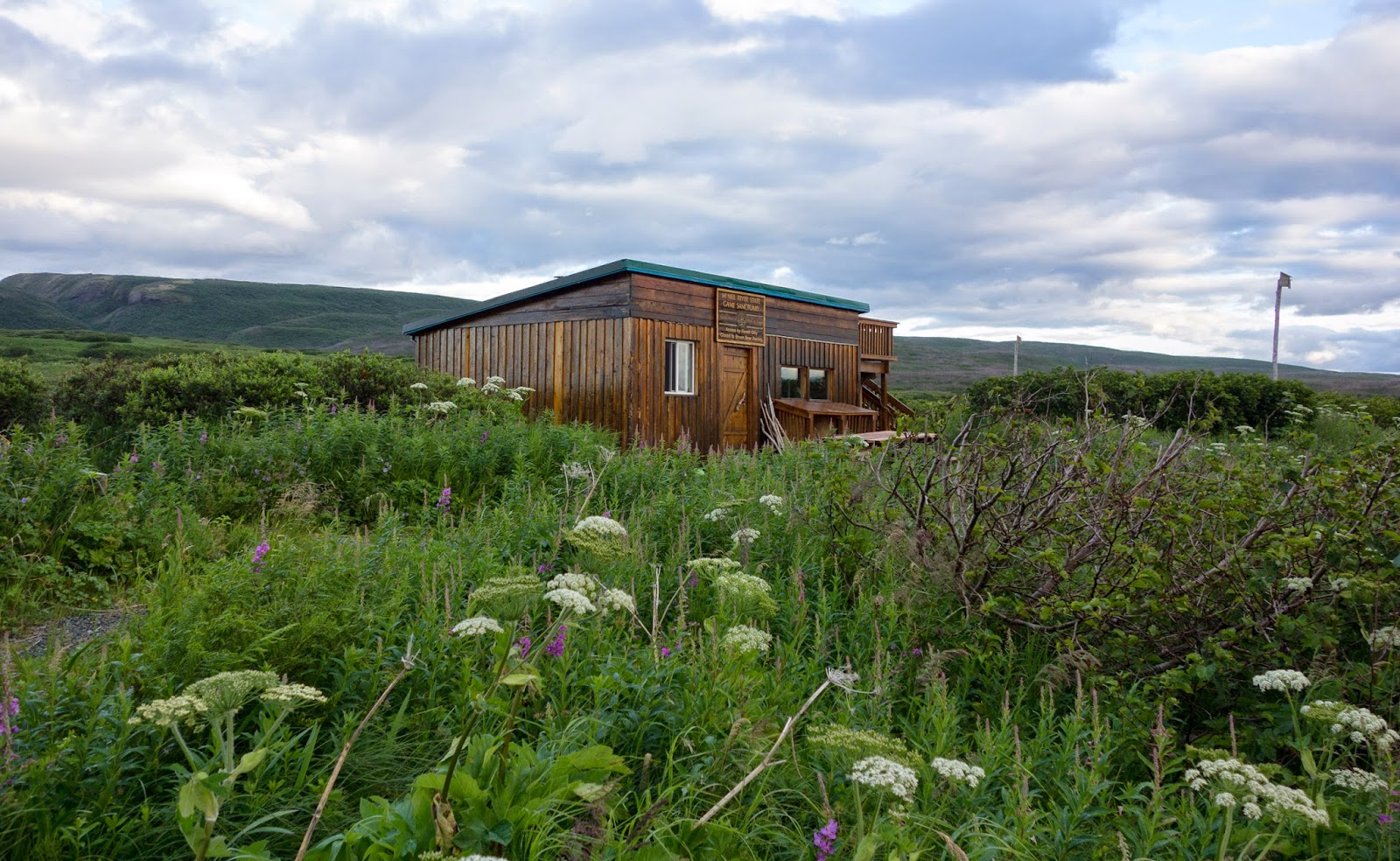 The Cookshack in camp 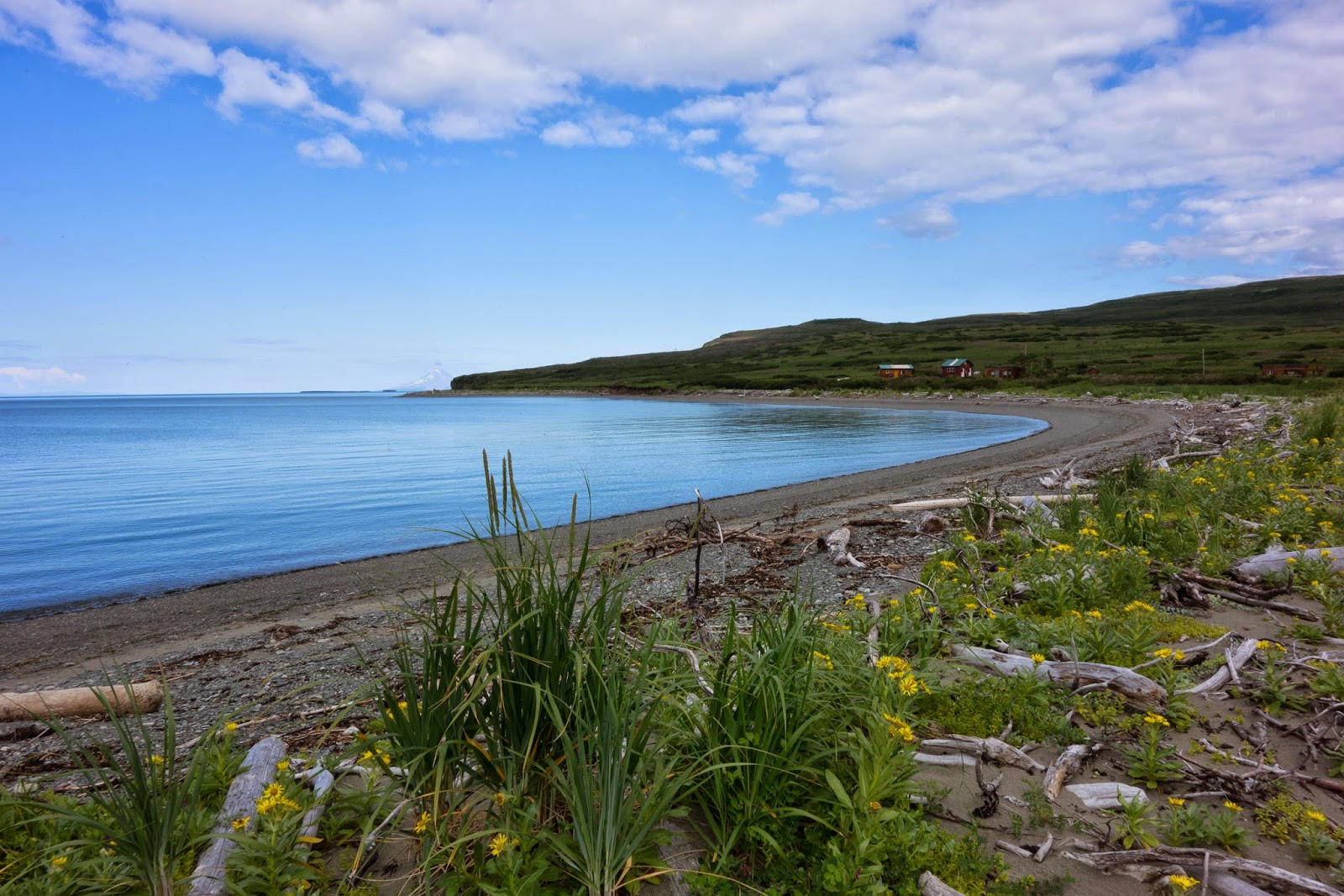 Look across to camp from the spit 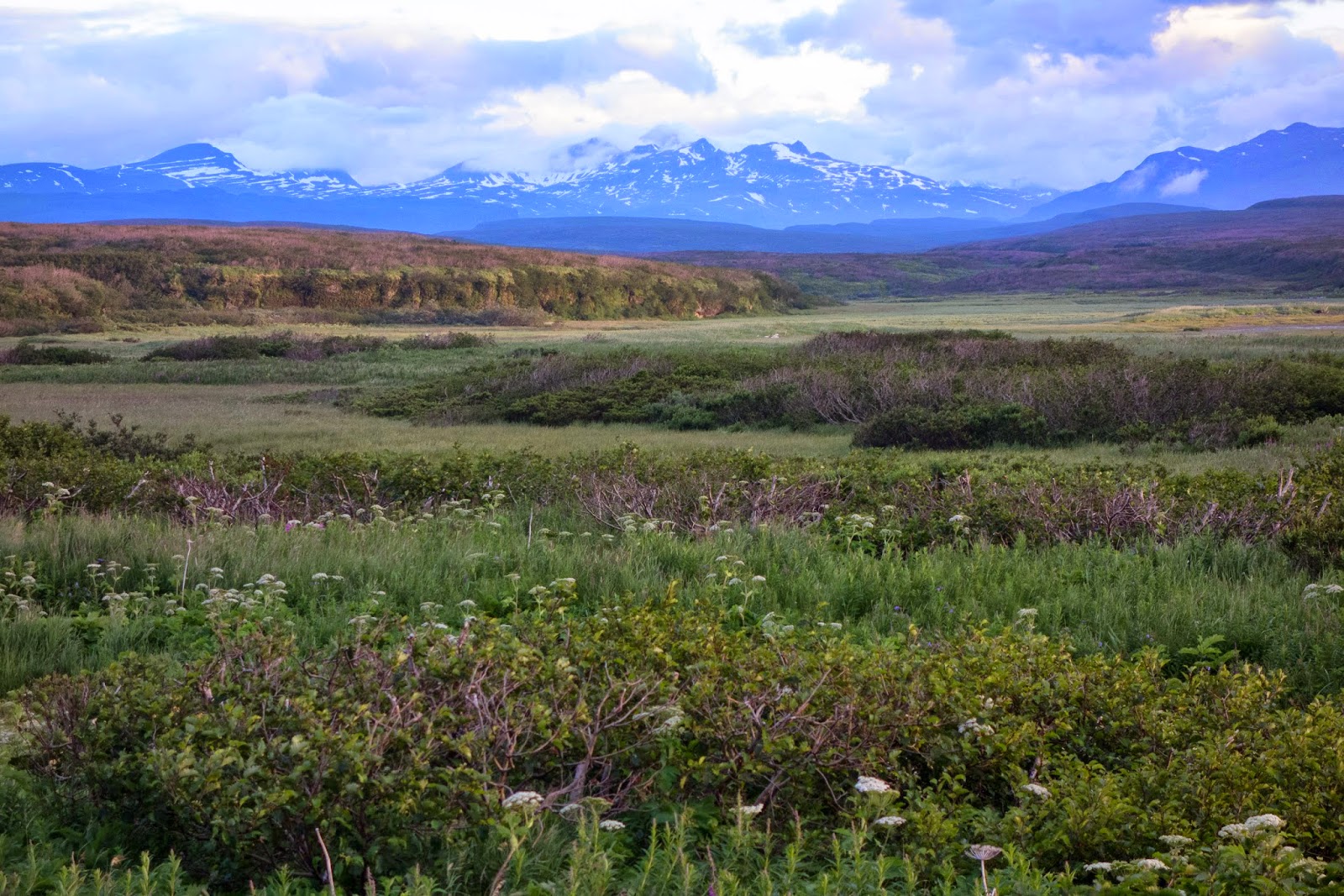 Scenery on the 2 mile hike from camp to McNeil River 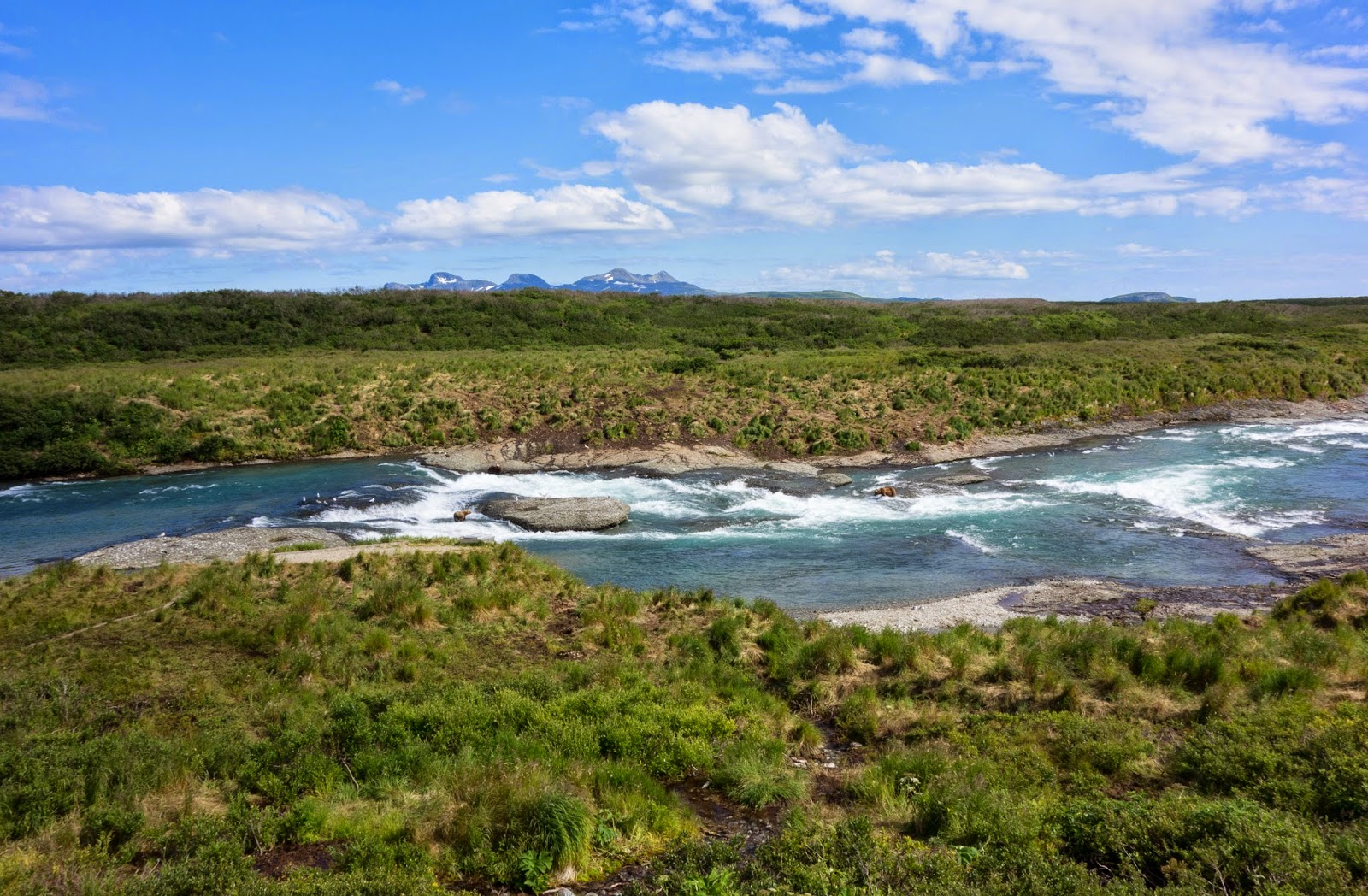 The Falls from above the two gravel viewing pads 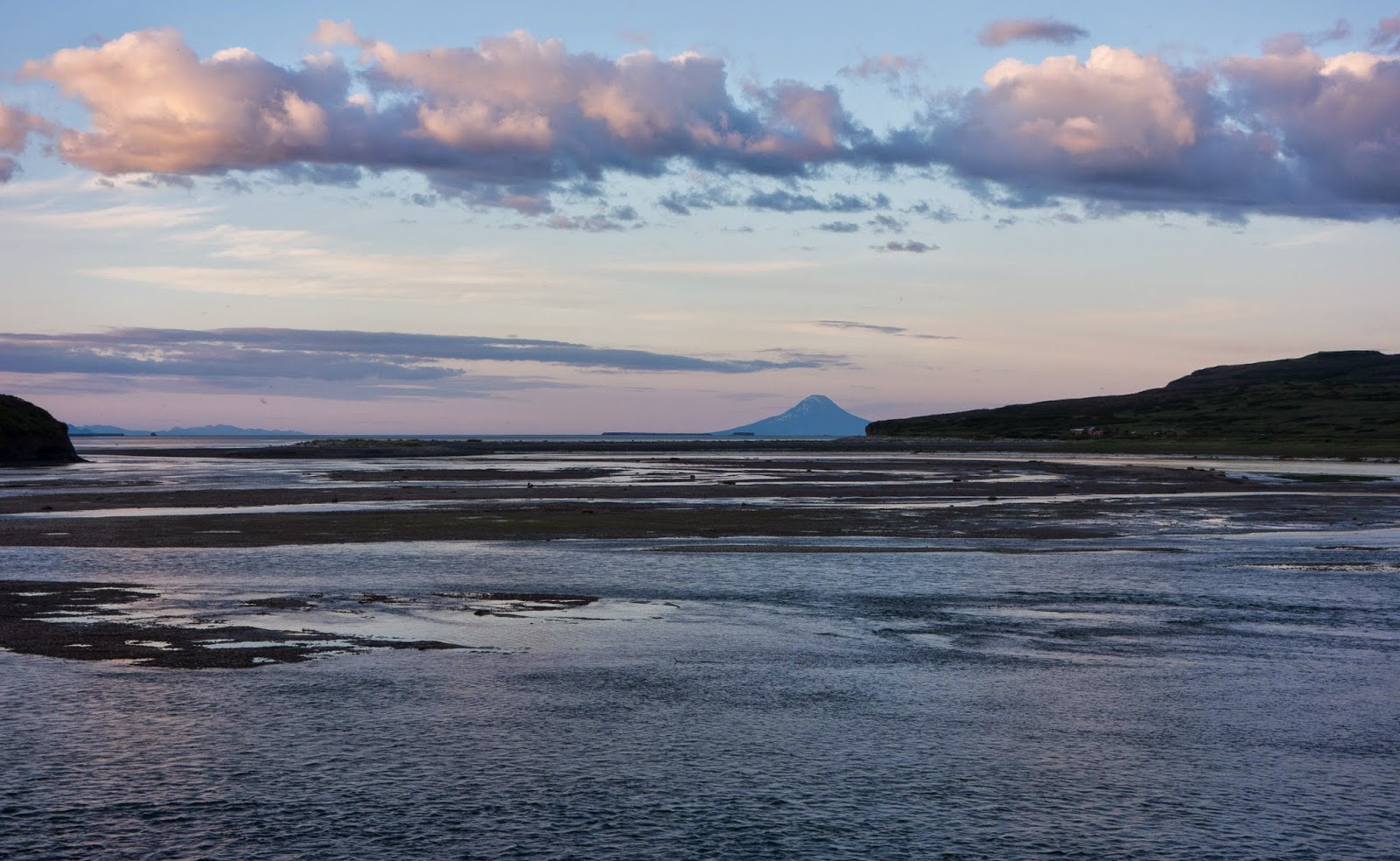 Mount Augustine volcano in the distance 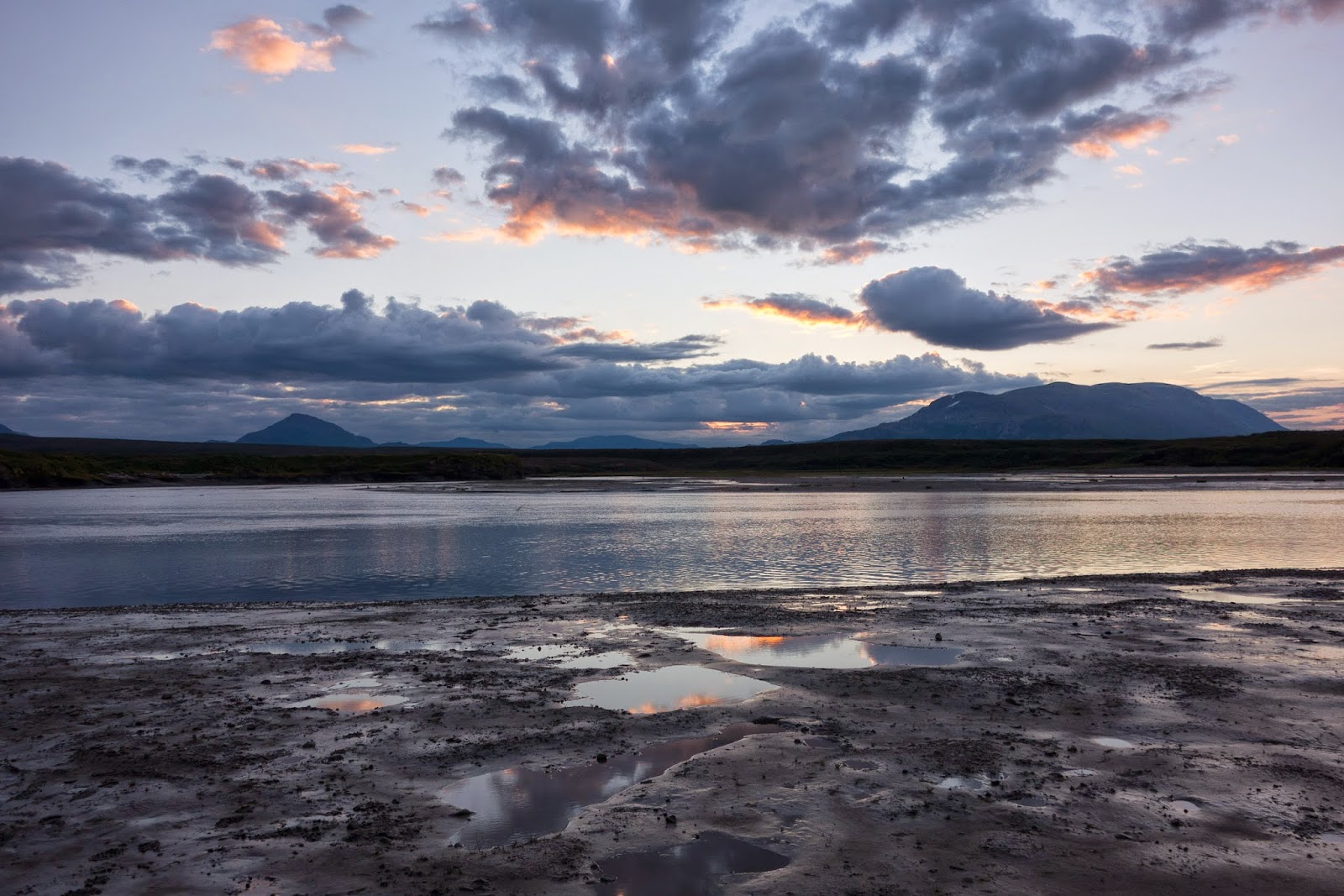