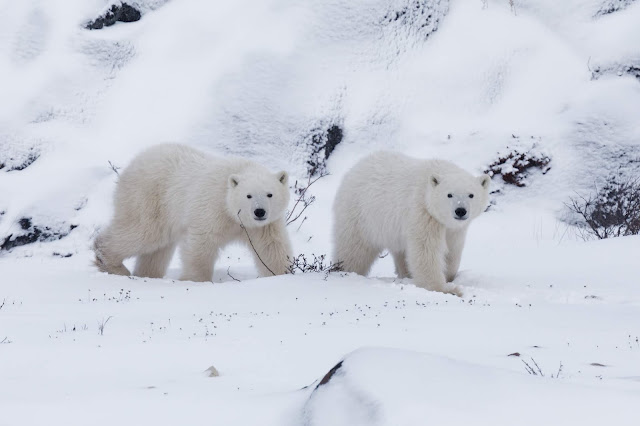 My tenth trip to the polar bear capital of the world brought rapidly dropping temperatures and, by recent standards, an unusually rapid freezing of Hudson Bay. This meant that by the end of the first week of November, the bears had largely moved onto the ice, and sightings became less and less frequent. Earlier in the week, snow limited visibility. The majority of my images this year were captured in the narrow window around 7th November when there was clear weather just before the migration onto the ice. Providing the summer thaw doesn't come early, this gives the western Hudson Bay population a greater chance to replenish their fat reserves out on the ice, when they feed on ringed seals. However, short term variation of weather must not be allowed to distract from the longer term warming of the arctic regions, and the grave long term threat to the survival of southerly polar bear populations such as this one caused by human impact on the climate. 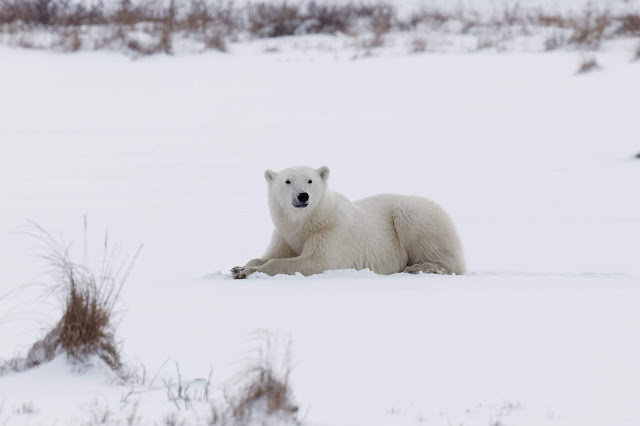 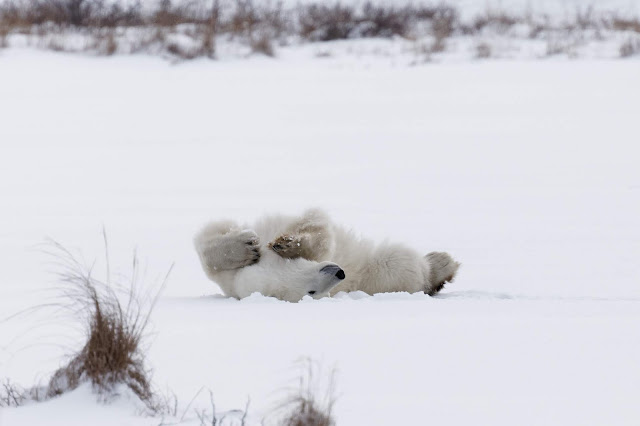 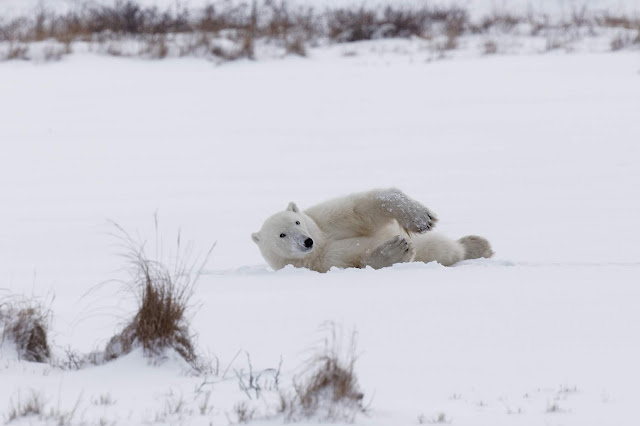 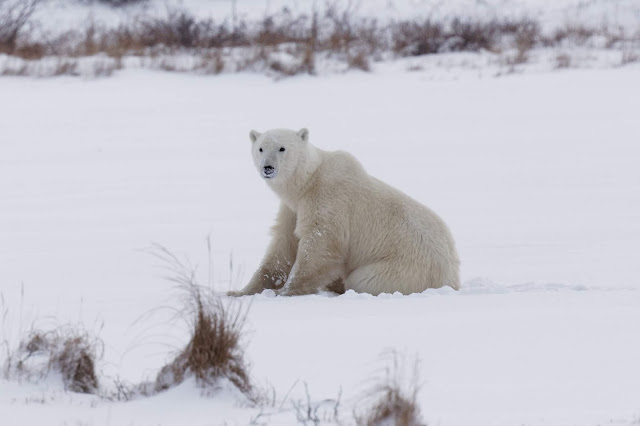 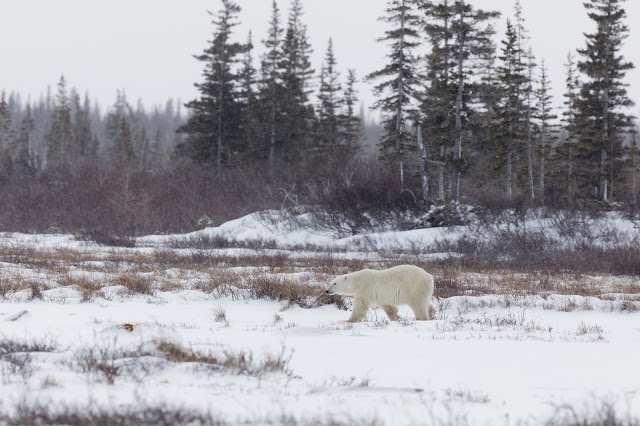 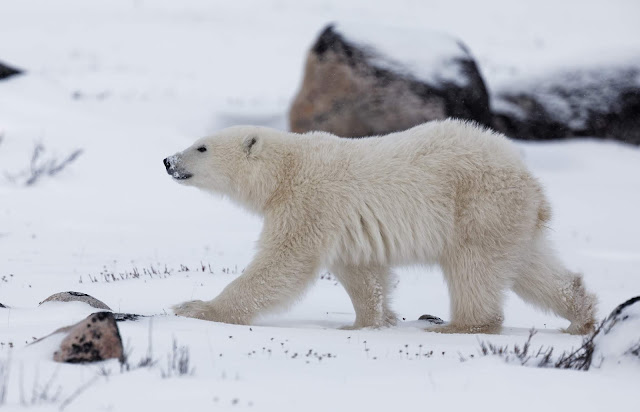 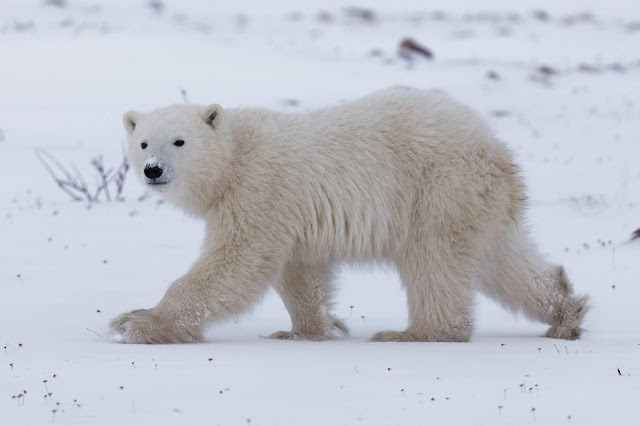 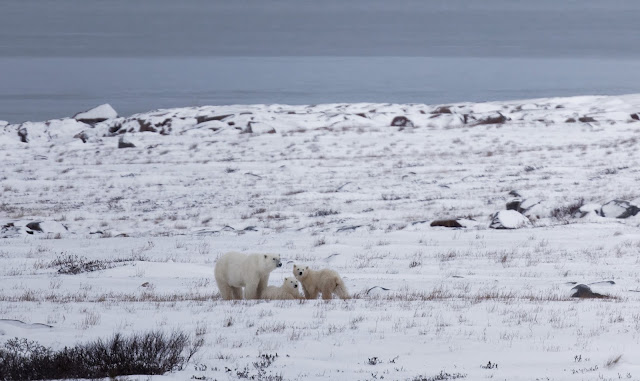