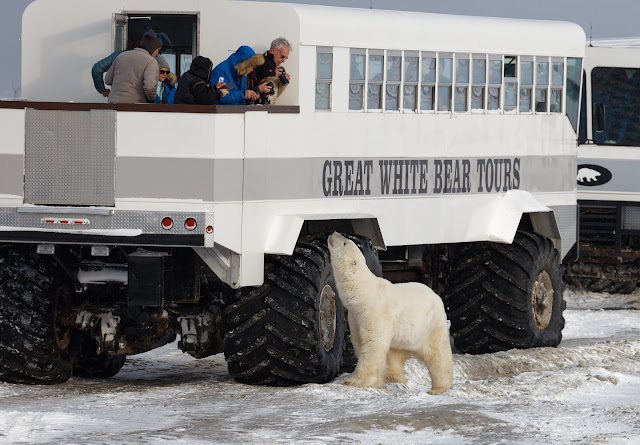 The town of Churchill happens to lie in the path of a great polar bear migration, and is a magnet for eco-tourists. This makes human bear conflict almost inevitable. I've written previously about my ethical concerns associated with bear viewing, and sadly ten years later, many of the same concerns still exist. The photograph above shows a bear interacting with a tundra vehicle. Polar bears are extremely curious, and have an exceptional sense of smell, and so are drawn to investigate tourists. This is a waste of their precious energy resources, and the bears would probably be best left undisturbed. It's my view, however, that given that Churchill already has an established tourist industry, this managed viewing represents the lesser of evils. The number of vehicles allowed in the Churchill Wildlife Area is restricted to 18, and whilst I find the two tundra lodges somewhat incongruous in the wilderness, I haven't seen or heard of food conditioning occurring here in recent times. Frontiers North and Great White Bear are both concerned to reign in the worst excesses in order to protect their reputation and permits. 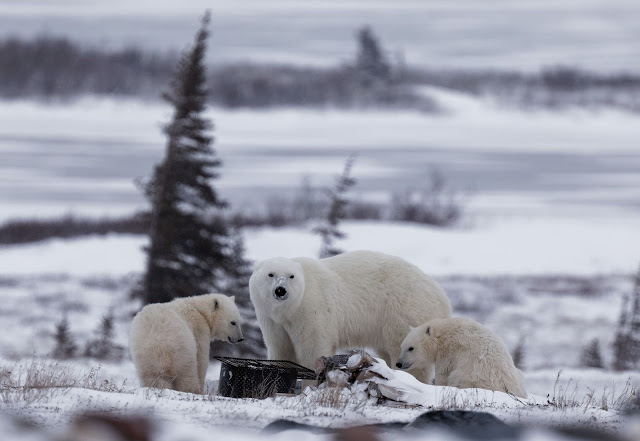 The photograph above tells a more disturbing story of Churchill's unofficial tourism industry. Ten years from my first visit to Churchill, whilst Brian Ladoon may be deceased, his operation is being continued by his associates, and the Crown Land on which his eskimo dogs are kept remains an illicit bear viewing attraction. The mother and cubs pictured on the edge of the property remained on land after the ice had formed on the Bay, attracted by human sources of food. This activity is defended on the grounds that feeding the bears prevents conflict with the dogs that are chained up in polar bear alley. This of courses misses the obvious point that the dogs have been put in a position of vulnerability by the very people who claim to want to preserve the breed.

The consequence of such food conditioning is that the bears inevitably continue to seek out humans for food. Manitoba Conservation operate 'polar bear jail', pictured below, where such 'problem' bears are kept without food until there is enough ice for them to be taken by helicopter away from the town. Of course, the problem is not the bears, but the people prioritising money over humane treatment of innocent animals. 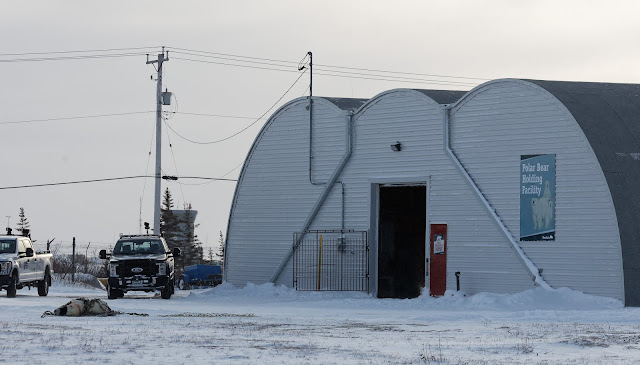 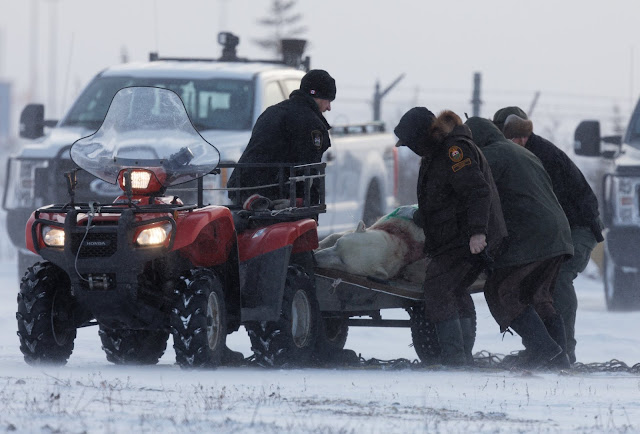 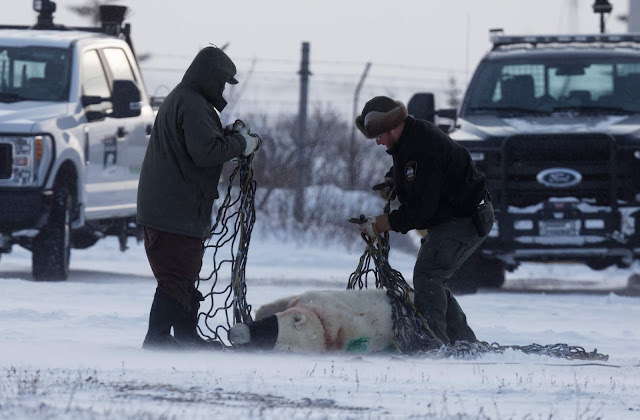 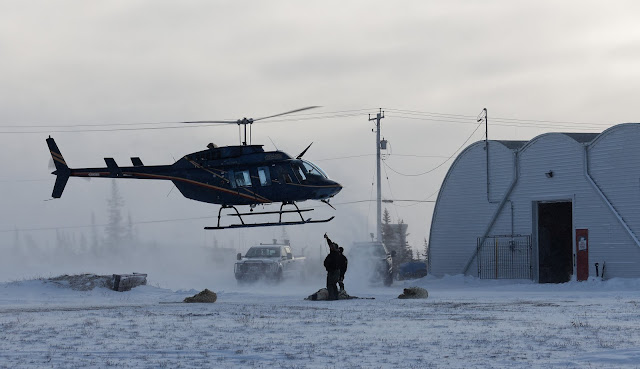 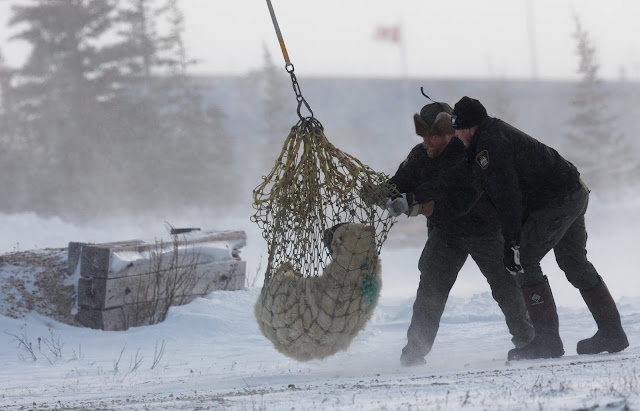 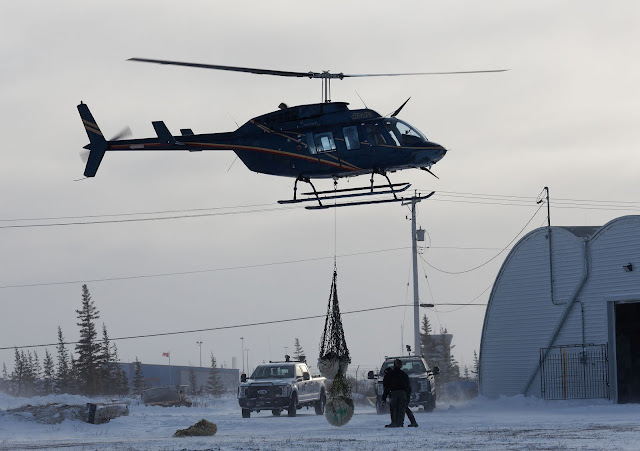