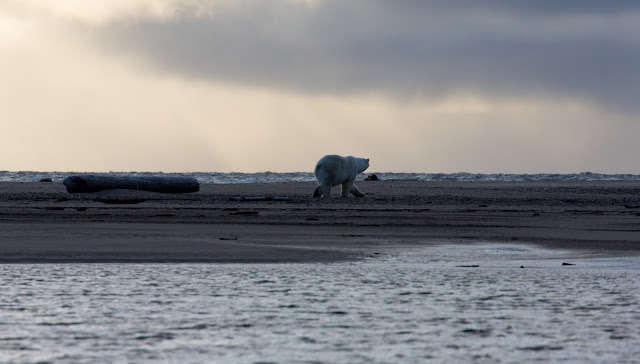 Kaktovik on Barter Island is the only village in Alaska’s Arctic National Wildlife Refuge; a largely Inupiat community of about 300 permanent residents. Polar bears are attracted to the ‘bone pile’ following the  traditional autumn whale hunt. I arrived at the end of August before it had started, but there were still a few bears on the barrier islands just off the Beaufort Sea coast (peak season is September to the first half of October). I accessed this incredibly remote settlement via a charter flight from Fairbanks, which stopped in Deadhorse on the North Slope to refuel before heading east along the Arctic coastline to Barter Island. I found it disturbing to fly for miles over oilfields, seeing the impact man has had on this pristine wilderness. The area has a frontier feel, and the journey itself was an adventure: the pilot admitted that the gravel airstrip in Kaktovik is in dire need of improvement, and I later witnessed a polar bear swimming out to it, an added danger after landing. Extremely high winds on my day of departure meant the take-off was not for the nervous flyer, and accommodation in the village is far from luxurious. Yet, I found Kaktovik to be culturally fascinating, and even outside the peak season, the bear viewing was wonderful (even if photographic opportunities were dependent upon the weather conditions). The majority of visitors arrive from Fairbanks for a day trip, which gives just three hours bear viewing, and its quality is a gamble on the weather during that short window. It is also a highly resource intensive activity for such a short visit. 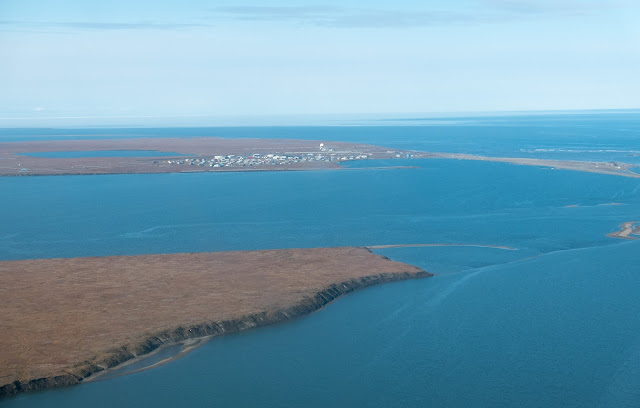 Viewing takes place by boat, and if travelling independently, it’s necessary to hire a guide, which along with high transport and lodging costs makes this an expensive destination. It is possible though to join an organised photography tour in peak season. Churchill, Manitoba in Canada is far more easily accessible, and I’d recommend this destination to the less experienced traveller. However, for the keen photographer, Kaktovik offers greater opportunity for eye level shots, and later in the season, the chance to observe interaction between groups of bears as they compete for the whale remains. This reliance on an anthropomorphic food source is a cause for concern for the growing tourism industry in Kaktovik. If the community becomes economically dependent on polar bear viewing, and the traditional whale harvest fails, there’s likely to be pressure to provide another artificial food source for the bears, which could lead them to associate people with food, and therefore come into conflict with them. I also have reservations about the impact of an number of tourists, which might threaten their traditional lifestyle and bring dangers such as the undermining of the village’s dry status (it’s currently forbidden to bring any alcohol to the community). There’s already an issue because during bear season, the scheduled flights in a small plane are  reserved months in advance by visitors, leaving locals needing to get in and out of the village, for example to see a dentist, stranded. Barter Island is too remote to have road or rail connections to the outside world, and supplies such as gasoline and groceries are brought in annually by barge. Yet, for all these concerns, I’m incredibly grateful of the opportunity to visit such an awe inspiring location, and the memory of those precious hours amongst the bears is one I will cherish for years to come. 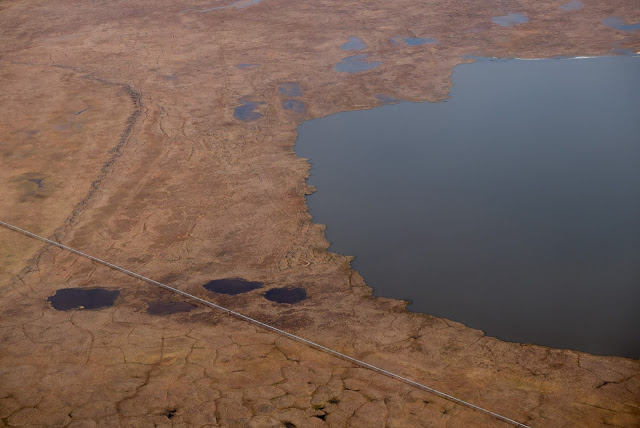 Oil field on the Arctic Coast east of Deadhorse 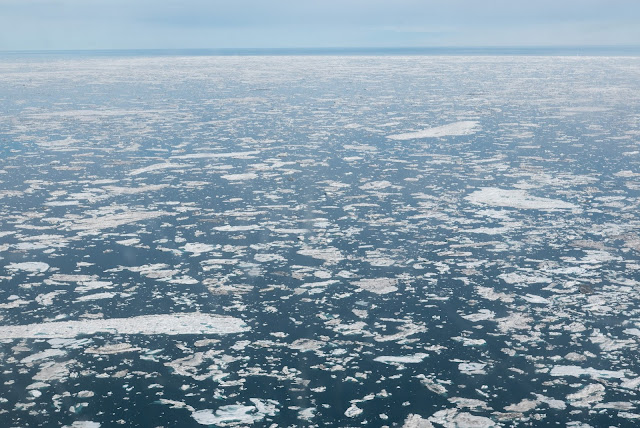 The remnants of the ice pack 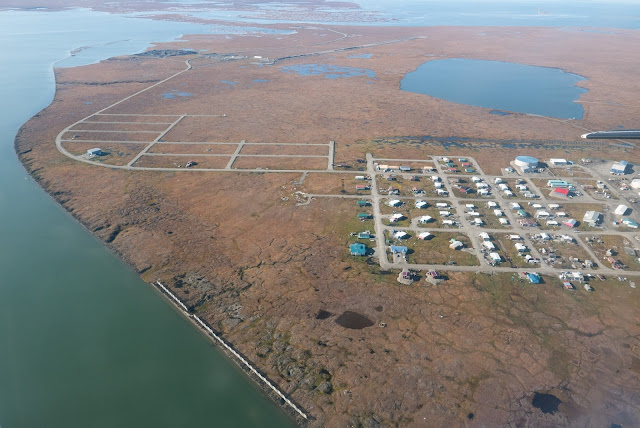 The village of Kaktovik 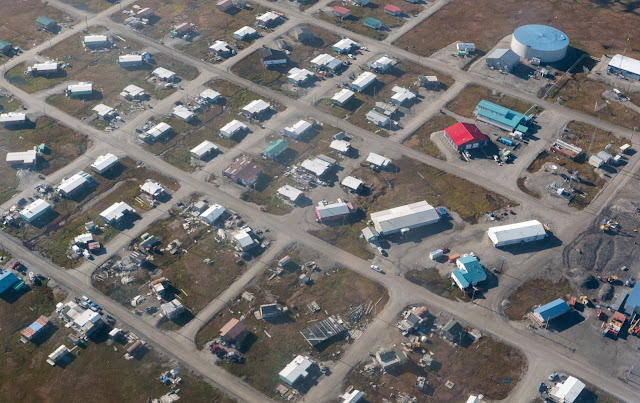 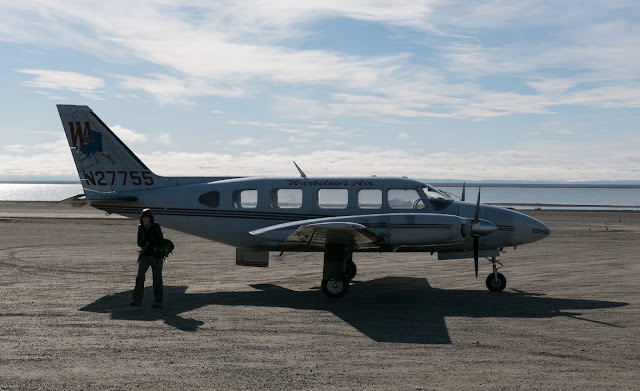 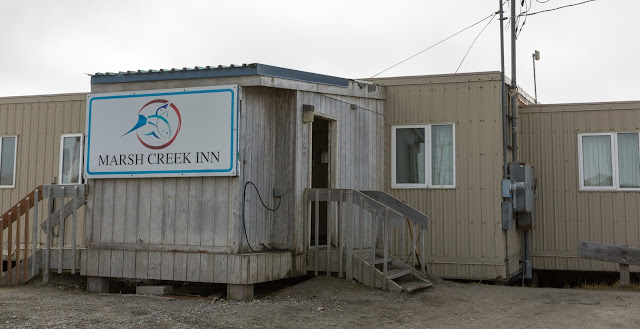 The accommodation in Kaktovik is adequate rather than luxurious 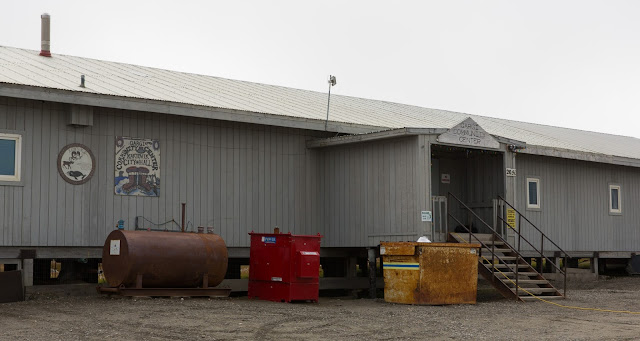 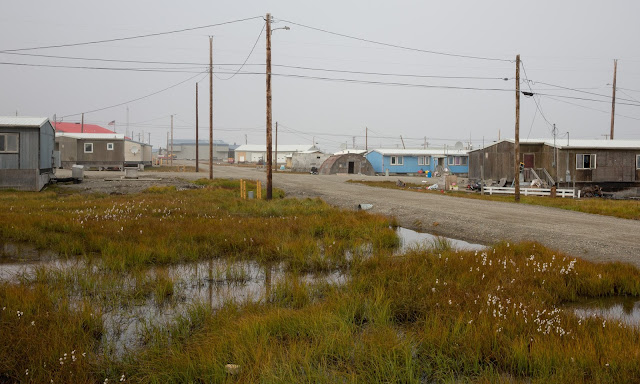 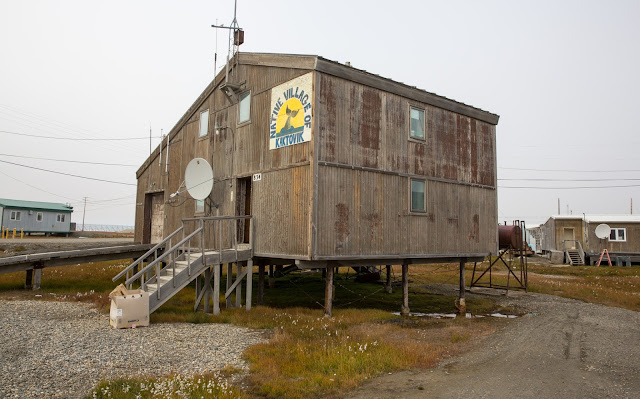 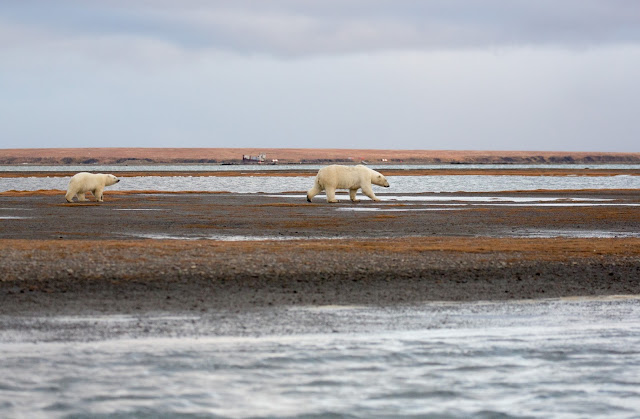 Polar bears on the barrier islands 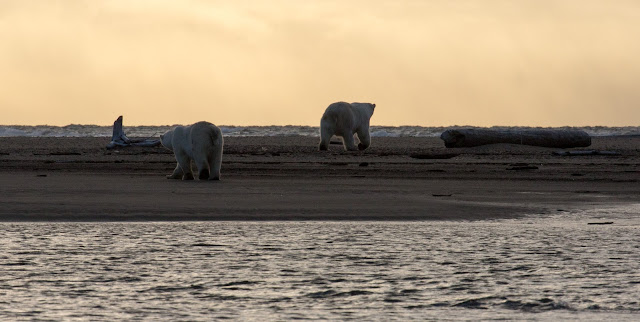 The Arctic in magical evening light